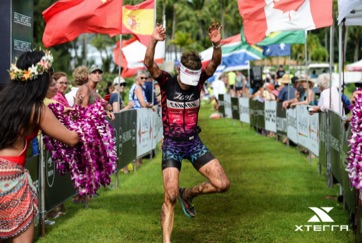 My country of birth was in Southern Africa, or Zimbabwe to be exact (back then it was Rhodesia). However, I never really lived there for any length of time. Soon after I was born we moved to the US. We spent four years in the US then headed back to Africa. In fact I had my 1st birthday on the boat going to the US and my 4th birthday on the boat going back to Africa. This might account for my semi-nomadic ways.

When I was a 4 years old my favorite form of transport was my tricycle. I vaguely remember having that  tricycle on the boat going back to Africa and riding it up and down the boat’s narrow hallways. I am sure I terrorized more than one passenger. Thus began my love of self-powered wheeled transport, except now, of course, it is two wheeled.

I have been competing as an endurance athlete for over half my life. Triathlons, adventure races, Xterra races (off-road triathlon), mountain bike races, nordic ski races and mountain/trail ultra running races. I love them all.

I am married to wonderful guy, Matt, who puts up with my craziness. He also likes to run long and far, so he’s a bit crazy also.

I received my PhD in exercise physiology from the University of Nebraska-Lincoln. My first job after I graduated was at a bike shop where I spent most of my earnings on bike gear, so from a financial perspective, that wasn’t a good long-term proposition. I then Ianded a job at the US Olympic Training Center in Colorado Springs. When I first set foot in Colorado, I swore I would never leave. I have been true to my word and am still here. While at the USOC I did some contract work for the Center for Creative Leadership (CCL). Soon after it became full-time. I’ve been there now for over 20 years. I’ve had the privilege of working with some amazing leaders from all over the world. It is both humbling and rewarding, but it is work that I love.